THE IMPORTANCE OF BEING ROGER

Roger Sidebottom is a walking disaster. He doesn’t intend things to fall apart around him, but they generally do just that!

Since childhood, he hated the surname fate pushed upon him by an uncaring father and a doting mother. His father abandons the family in order to run off with a ‘slapper’ from his workplace, leaving a bitter wife who’s only solace is the local Catholic priest. Father Reilly’s visits to her home are the only relief from the day to day drudgery.

Roger befriends a girl, Mary, and at last finds something worthwhile in his young life. But, Mary lets him down when she goes off with Roger’s arch enemy, Billy Brown. Roger’s faith in women is destroyed and he vows never to become involved again, which is not difficult for Roger who appears to take very little interest in anything of a physical nature.

The story takes the reader through Roger’s school days, university, and his dramatic entrance into the workforce.

At first, Roger’s naivety causes all kinds of hilarious disasters, some of them with fatal consequences. Later in life, as he matures, he becomes more calculating, always putting himself first in order to take advantage of a situation.

From time to time he touches base with home and his first love, Mary; never realising that the torch she once carried for him still burns brightly.

In the vein of Tom Sharpe and Ben Elton, this story leads the reader through life according to Roger. You will either love him or hate him; however, you will almost certainly know someone just like him! 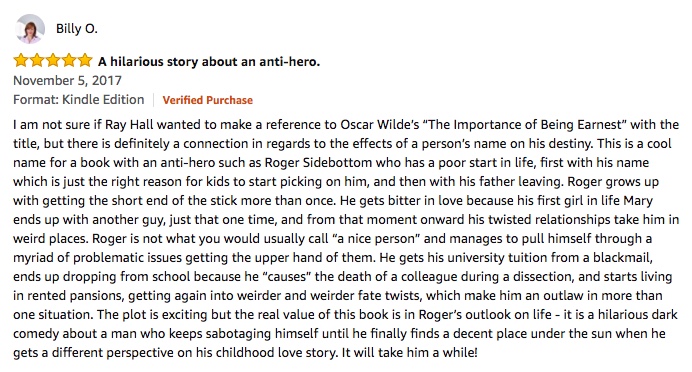 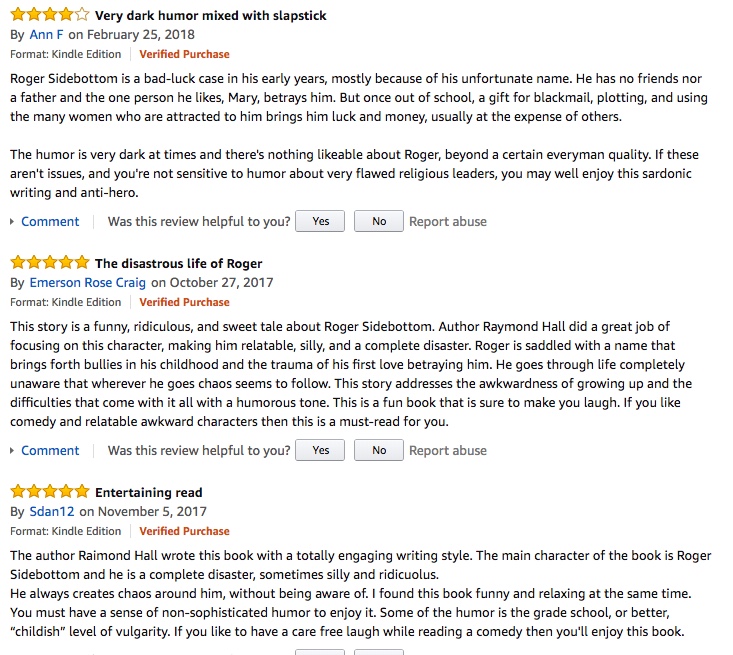 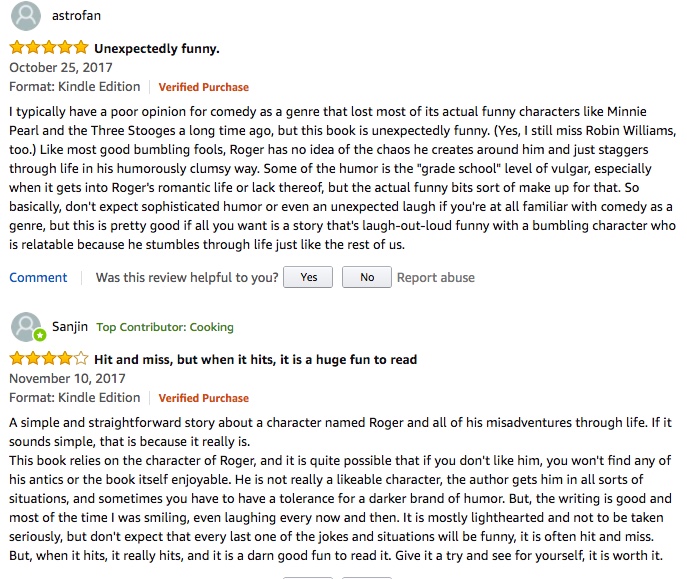