John Moorcroft is a quiet unassuming young man who wouldn’t hurt a fly, and yet he is in Pentonville prison, waiting to be hanged for the murder of Sally Rowland.
Digby Rolf, the prison chaplain, escorts John to the hangman’s noose, and witnesses his fall to oblivion. Whereupon, Digby’s Bible takes on a life of its own, falling open at a passage which Digby knows only too well, convincing him of John’s innocence.
After resigning from the prison, Digby begins his own investigation into John’s case, uncovering a multitude of conspiracies, which lead him into dangerous and life threatening situations, for which he is ill-equipped; but ultimately leads him to Sally’s murderer.
He is assisted by Summer, who arrives to stay at Mrs Pentley’s boarding house. Digby is so focussed on the case that he almost misses the romance which is staring him in the face.
John Moorcroft may have been hanged and his body interred, but he cannot be at peace until the real killer is brought to justice. The Reverend Digby Rolf relies on his faith for guidance and protection, unaware that a guardian angel is always by his side. 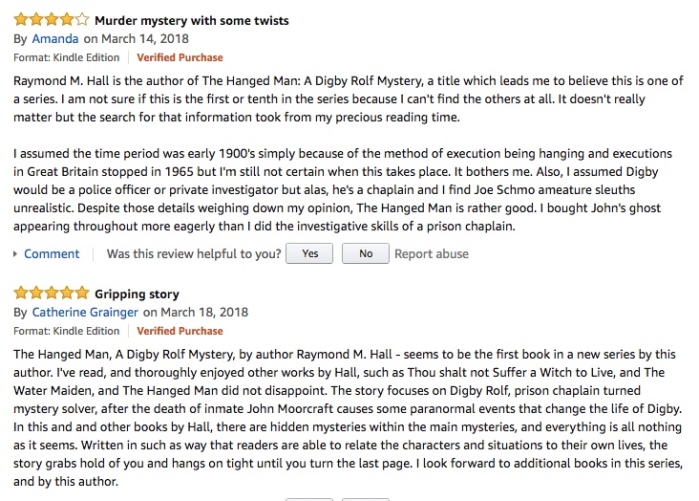 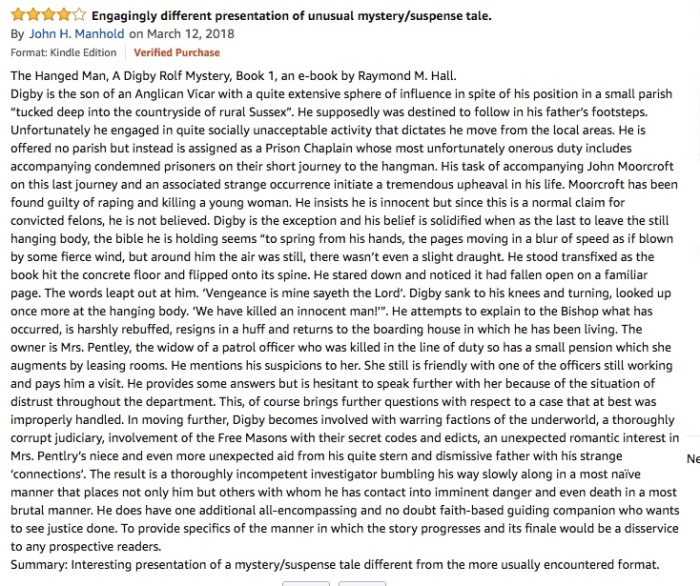